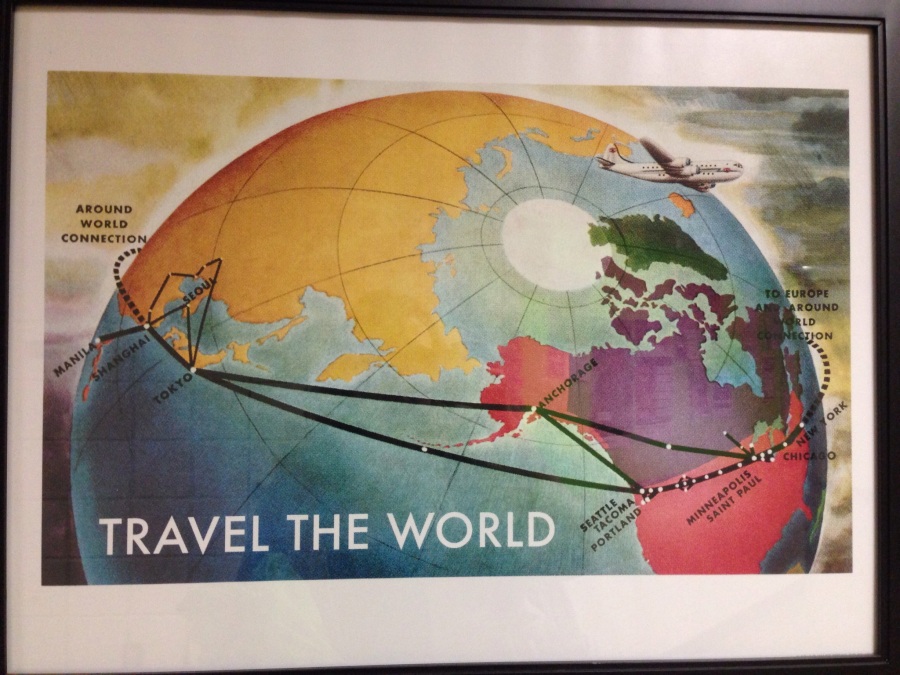 When Towson University senior Amy Procaccini studied abroad in Australia in the fall of 2013, it was love at first sight. “While I was in Australia, we also traveled to Fiji and New Zealand,” said Procaccini. “I was so in awe of the beauty.” Procaccini, like so many other people, had caught the travel bug, and was already planning her next adventure.

But if you’re in college, there are a few obstacles before the next big expedition: money, money, and money. College students have spent many a night eating ramen noodles and thinking about the debts they need to pay off and questioning if they’ll ever go on another adventure again.

However, it is possible to satisfy your inner wanderlust without breaking the bank. According to NAFSA, in the 2011-2012 academic year, only 283,332 students studied abroad. It represents about 1% of all U.S. students enrolled in higher education. Here are a few ways that you can be a part of the adventurous 1% without skyrocketing your debts or bursting your budget.

The first way is the most traditional: study abroad with the university. Towson University offers several different programs to study abroad on every continent except Antartica. “It is an amazing way to put yourself out there in the world,” said Amy Procaccini, a senior at Towson University and Advisor for TU Study Abroad. “I studied abroad in Australia my senior year and while many people say studying abroad stops you from graduating on time, me and everyone else I know stayed on track and graduated.” For cost, Towson offers an exchange program, which allows students to pay the same amount of tuition and fees abroad as they do at home, which includes housing and meal plans. The Study Abroad office also offers scholarship opportunities in order to receive financial aid, and FAFSA can also be applied when studying at an international college.

The second way is to go on a service trip. A service trip is when an organization travels to a country, most likely a third world country, and contributes by constructing or aiding civilians. Many of these organizations are found in almost every college campus. At Towson University, Students Helping Honduras is the biggest student-run organization on campus, and aides in constructing schools and libraries for children in Honduras to combat the gang violence that controls most of the country. “Going to a third world country and having a first-hand experience with extreme poverty changed my life,” said Esther Weiner, a senior at Towson and president of Students Helping Honduras. “I have gone every year since I was a sophomore and I hope to go even after I graduate.” The average cost to go on the trip is $650, and the average cost of a plane ticket is $400, making the entire trip about $1,050. This includes rooming, food, and transportation, so there is no need to bring more money on the trip if you didn’t wish to do so. This choice is excellent for staying within a budget as well as using your time to make the world a better place and increase your humanitarian work.

If you want to be independent with half the budget and twice the adventure, you could choose to backpack through a country. The backpack itself costs you an average of $120, which will contain your life for as long as your trip allows. If you decide to backpack through Europe, the plane ticket may be a splurge, but once you arrive, the local buses and trains can take you to different parts and even to different countries at a fraction of the cost. When it comes to sleeping, there are thousands of hostels in many countries, which are cheaper than even cheap motels. It also gives you a chance to meet other globetrotters and make international friendships you would have never had the chance to make otherwise.

The cheapest option for sleeping in other countries is couchsurfing. Shady in concept, but budget relieving. According to the book Off Track Planet, “You send a message to a local in the city you plan to visit, and he/she invites you to be a guest in his/her home.” There are over five million members on CouchSurfing, and it is a free network to use. Monetary payment is strictly prohibited towards the host, and the idea is for you to offer your couch on the website once you move into your own apartment.

The final option is to travel within the U.S. rather than traveling international. The plane tickets are cheaper, you don’t need a passport, and you don’t have to worry about learning a new language. If you enjoy the outdoors or nature in general, you can apply for a job at a National Park. Yellowstone offers summer jobs to college students where you are paid a minimum of $9 an hour. The jobs range from being a wrangle and horseback riding to being a waiter or waitress in one of their restaurants. There are dozens of jobs to choose from, and you will earn the money you made back as well as expand your résumé.

Whether you want to explore a new language or culture, expand your résumé, or get away from the mundaneness of everyday life, studying abroad as a college student will achieve all of the above. Procaccini believes that you should study abroad at least once while you’re in college, and that it’s not impossible. It will take research, time, and budgeting, but travelling is one of the only things you buy that makes you richer.